How to Set up Sending Webhooks to Your System

What Can a Webhook Do

Sending webhooks allows SendPulse service you to receive updates when customers' status changes or when the automated series reaches a specific goal.

For example, leads leave requests on your site; their contact details are sent to your CRM system and sync with SendPulse. An Automation 360 flow helps with warming up your leads. You want to call everyone who opens the third email in the flow. To do this, you need to change the status of the leads in your CRM. You can do this with the help of a webhook by sending data about an event to your system.

How to Send a Webhook in an Automation Flow

To send event notifications to another system, link the "Action" - "Send webhook" block to the block from which you want to track an event. You can track receiving or opening an email, filtered by a specified condition, achieving a goal, or any other action performed by a subscriber within an automation flow. 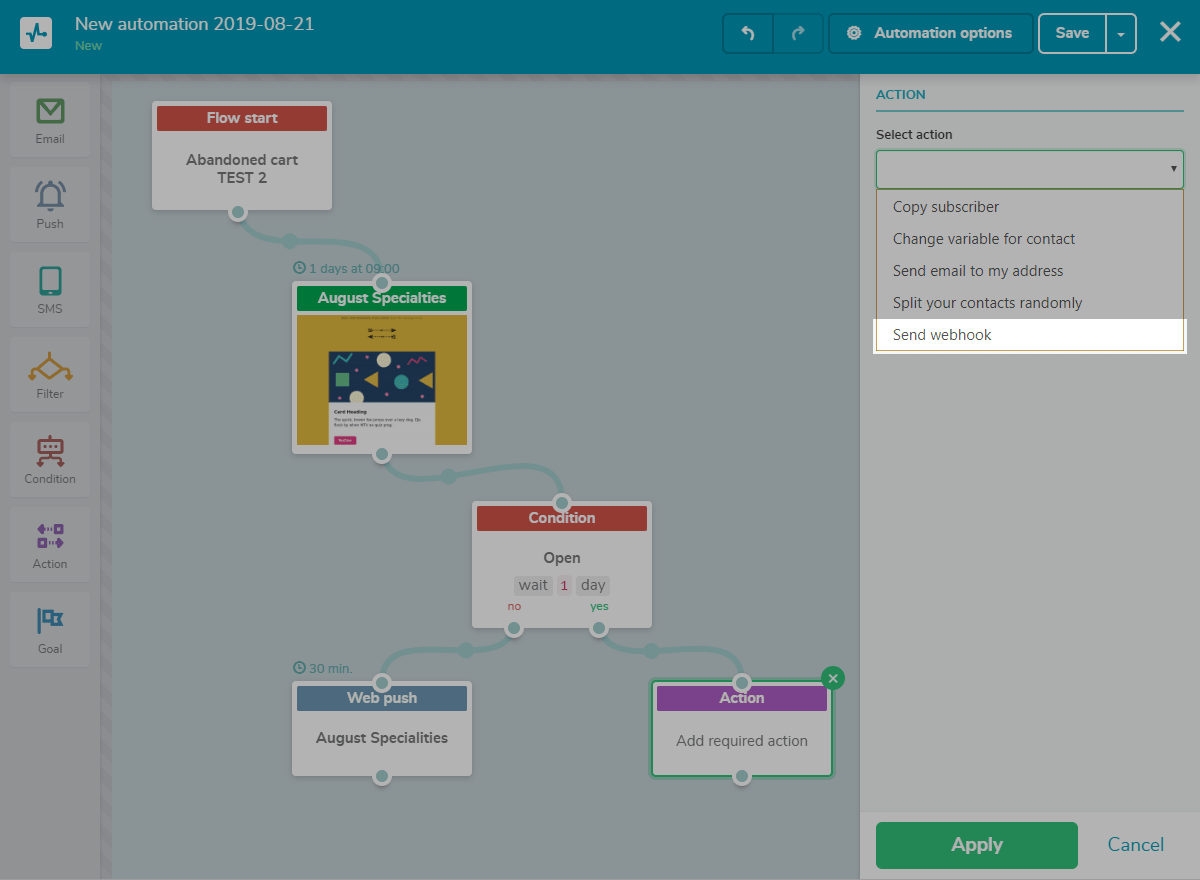 Specify a webhook name and a URL to which the webhook will be sent. Only numbers and Latin characters are allowed in a webhook name.

Configure sending the key in response to the first webhook to remove the limit for sending webhooks. Otherwise, the service will allow you to send one webhook per hour. 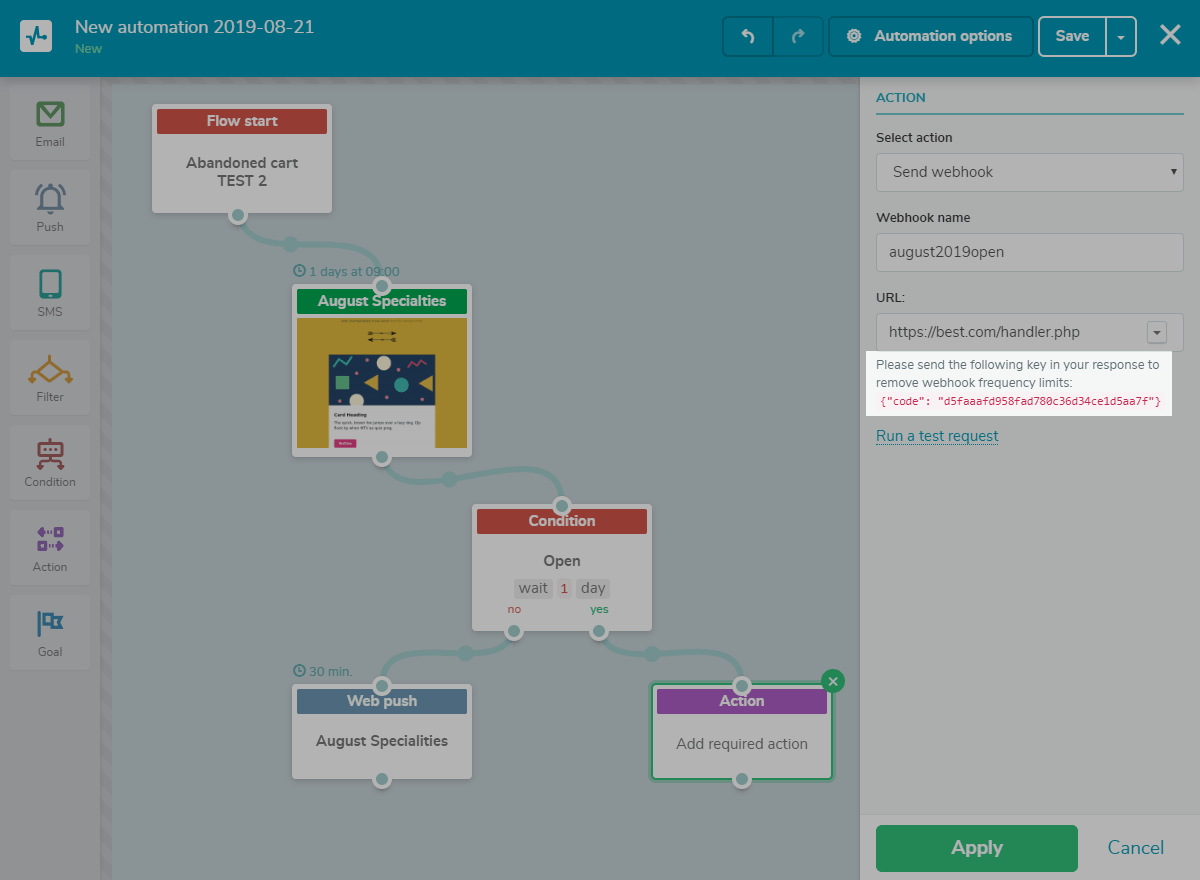 A webhook transmits such data:

How to Track Unsubscribes and Spam Complaints

You can configure tracking unsubscribes and spam complaints in your account settings.

An example of a spam complaint webhook:

An example of an unsubscribe webhook:

Popular in Our Blog