Priority Time of Sending an Automation

To send an automation flow only on certain days of a week, set a priority time of sending. It can be configured for any start condition.

A message is sent at a priority time if the time to complete the action in the message block is set to "After N days" or "At exact tme."

After sending a message is triggered, the service waits for N days or for N time, then sends a message on the closest day, that meets the conditions set in the automation options.

If there are several message blocks in a flow, and the time to complete the action is set to "After N days" only for the first one, the first message will be sent at a priority time, and other messages will be sent according to the settings of each message block. To send all the messages in a flow at a priority time, set the time to complete the action to "After N days" in each block.

If you set up sending emails at the exact time and on the day that the element is executed this time has already passed, then the email will not necessarily be sent on the next day, but on the next preferred day.

For example, imagine that today is Tuesday, you set the sending time to "15:00."
If the subscriber enters the element after 15:00 and there is no priority day for sending, an email will be sent on Wednesday at 15:00.
If the subscriber came in after 15:00 and there is a priority day for sending (for example, Saturday), then the email will be sent on Saturday at 15:00.

How to Set a Priority Time for Sending an Automation

Start creating automation. In the automation options, specify the days and time of sending. For example, Monday, Wednesday, Friday at 10:00.

Link a message block, for example, "Email," to the flow start.

Set completing the action after the required number of days, for example, "After 30 minutes." 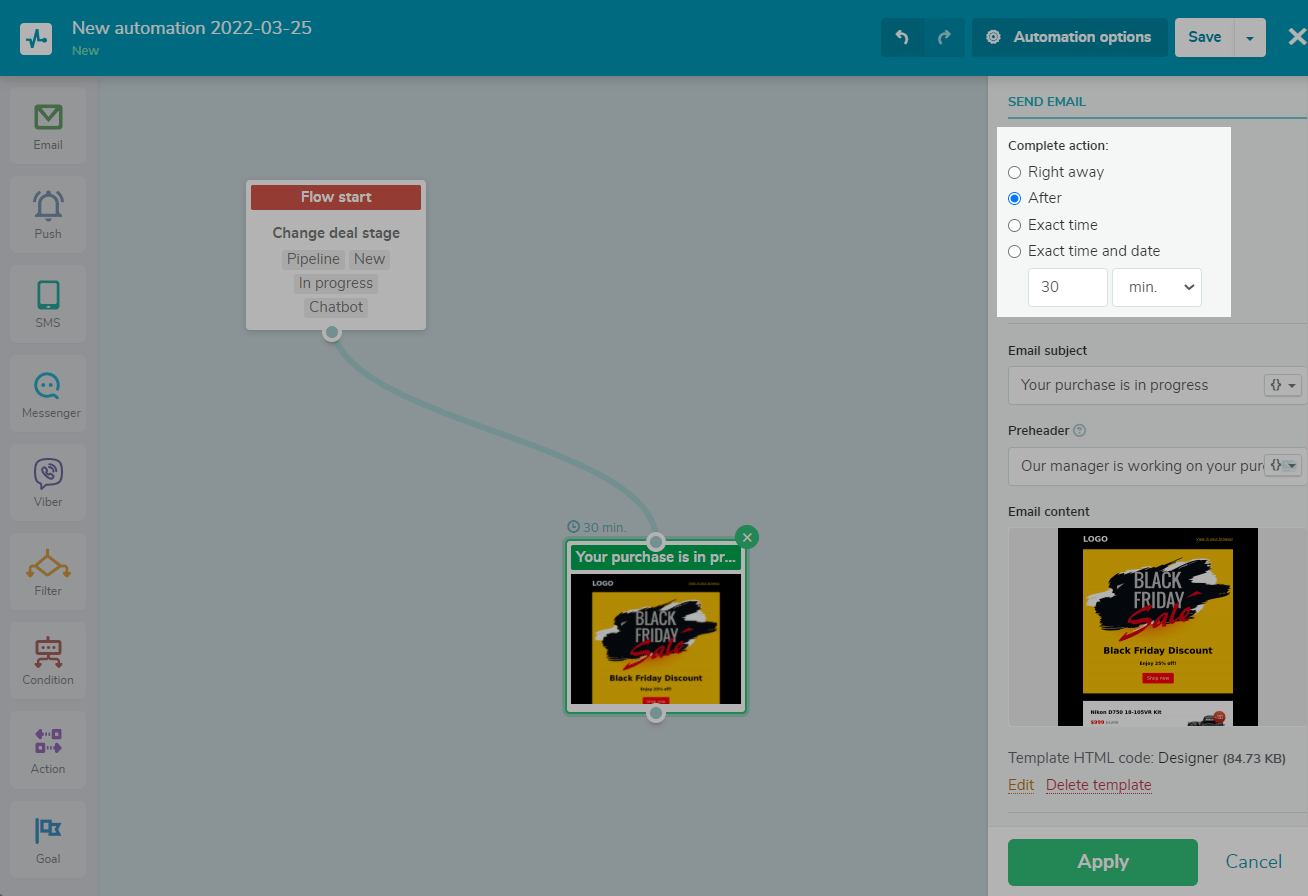 When the flow is ready, save and launch the automation.

We set up an automation with the priority time of sending on Monday, Wednesday, and Friday at 10:00 and sending an email "After 3 days." Thus, for example, if the flow start is triggered on Wednesday at 14:00, the email will be sent next Monday at 10:00.

Rate this article about "Priority Time of Sending an Automation"

Popular in Our Blog